We would like to bring to your attention these guidelines and requirements for filing witness statements and for recordals of evidence.

As per Section 20 of the Trade Marks Rules, 2008, the Registrar specifies the time period within which the evidence and submissions shall be filed by the parties. Witness statements shall be filed in cases where the opposition was based on an earlier trade mark and on grounds other than the mark being identical and/ or similar, the goods and services being identical and/or similar and lastly in cases where the Applicant denies any claim set out by the Opponent in its statement of use.

In an event of failure to file evidence by the Opponent within the prescribed time, it shall be deemed that the Opposition is withdrawn. However, parties do have an opportunity to file for extension of time for submitting their evidence, but it is at the Registrar’s discretion whether to grant it or not. An extension is only possible if the application is made before the expiry of the original term in Form TM9.

Once the proceedings have been initiated i.e., the parties have filed the application to start invalidation proceedings and Notice of Defence and counterstatement, both the parties are given an opportunity to file evidence supporting their cases.

What a witness statement should and shouldn’t  include

Additionally, it should be noted that Evidence and submissions are not the same thing. In KILLER CHORUS (BL O/431/12) the difference between the two was explained with reference to Rule 20(1) of the Trade Marks Rules. While evidence is the information introduced into the proceedings for the purpose of substantiating facts and matter, submissions are “representations made by the party putting them forward as to the position and approach which the Registrar should adopt in relation to the matters addressed”. The UKIPO in their guidance dated 8 November  2019, have asked parties to the proceedings to refrain from making any legal arguments or opinions in the witness statement. However, these can be filed separately as submissions. Practically, arguments about law and facts should be either made during the hearing stage by the legal representative or while drafting the final written submissions instead of a hearing.

It is also possible for the parties to not submit any evidence but to merely comment or challenge the opposite side’s evidence and submission, by filing a written submission in the form of a letter.

During opposition and cancellation proceedings, parties often have to submit witness statements. Similar to all other legal drafts, the statement starts with the details of the authorised signatory and the Company (if applicable) and the signatory disclosing the source of information of all of the facts and details disclosed. The source of such information could be personal knowledge or company records etc, and hence it is advised that the signatory be a person who has first hand knowledge. Hearsay evidence should be strictly excluded while making submissions by the representative as they may not be given consideration by the Registry. Practically, a signatory is either the Director of the Company or someone from the top level management and in case an individual, that individual.

It should be noted that the person making the witness statement can be called for cross-examination of evidence at the time of hearing. The witness statement must be accompanied with exhibits. The following should be provided by the parties in order to show use of the mark during the relevant period:

For the sources of evidence, parties should try and obtain sales invoices pertaining to the relevant period, invoices cleared towards advertisement and promotion of the mark, social media campaigns, extracts of youtube videos, use of the mark on Facebook, Instagram, Twitter and other social media handles, newspaper articles, journals, magazines having reference of the mark in question, domain name registration details, website extracts. The parties can additionally also submit brochures and pamphlets, however it is better if these are not the only supporting evidence and it is difficult to substantiate the level of awareness it must have created amongst the target audience.

The UKIPO has strict rules when it comes to admissibility of evidence and the parties must ensure that these are adhered to. To begin with, it must be ensured that the evidence in chief for opposition or cancellation proceedings, does not exceed 300 pages unless special permission is granted by the Registry.  The parties must provide all evidence to substantiate the claims made by them by submitting all relevant documentary evidence. Normally, the evidence is submitted in order to prove prior use of the mark in the relevant jurisdiction. However, there are cases wherein evidence may not be required to be filed at all, for instance opposition cases filed on grounds of likelihood of confusion with a prior right  though not old enough to challenge non-use. Following are the common documents submitted by the parties to show use of the mark:

In case of cancellation proceedings based on the grounds of non-use of the mark within five years from registration, evidence in support of the following shall also be admissible as per section 46(2) of the Trade Marks Act, 1994:

Additionally, while submitting the evidence, parties must write a brief about the relevance and what they are trying to set out. Each exhibit submitted must be clear and legible. The parties must ensure that the evidence of use must establish the place, time, extent and nature of use of the mark for the goods and services in respect of which it is applied for/ registered. Since there is a general restriction on the number of pages, all evidence should be reviewed and the most relevant ones should be included. During opposition proceedings, the Opponent files its evidence followed by the Applicant, further the Opponent thereafter has an opportunity to file additional evidence which must be strictly in response to the Applicant’s evidence.

While drafting the witness statement it must be ensured at all times that all the facts and figures shared by the parties can be substantiated with evidence especially in case of proving prior use in the relevant territory. Further, greater vigilance should be paid to ensure that the only relevant and important evidence is submitted. It is not necessary to make the evidence bulky as long as it substantiates the claims made. There have been instances wherein the parties have submitted evidence which doesn’t show use of the mark and it has not worked out in their favour.

One of such cases was of  VIÑEDOS EMILIANA SA  v. CONSORZIO TUTELA VINI EMILIA, CHIARLI 1860 – PR.I.V.I SRL and MEDICI ERMETE E FIGLI SRL. The final order during the opposition hearing was in favour of the Applicant and thereafter the Opponent had appealed to the same. The Tribunal had dismissed the Appeal vide its decision dated 21 January 21 2022.

It can be implied that there was lack of evidence or submission of irrelevant evidence by the Opponent. In the final order the Hearing officer had stated that “Even if the Opponents have sufficiently demonstrated that they trade in a class of wines which can be defined with reasonable precision, the name by which the products are known is, in my view, Lambrusco and not Emilia – this is how they are described on the invoices which make up a substantial part of the Opponents’ evidence.” Further, it was stated that “Therefore, when taking the evidence as at March 2017, insufficient evidence has been produced to demonstrate that EMILIA was distinctive of a protectable goodwill.” and the same was reiterated and agreed during the Appeal proceedings.

In  case of ex parte procedures, the applicant / owner has a right to request a hearing before a senior office of the Registry to argue his / her case in relation to the objection. In ex parte procedures, the parties will either be invited to a hearing or will be requested to submit their final written submissions in lieu of hearing. In case the parties opt for written submissions in lieu of hearings, the Tribunal will make the decision based on the submissions made during the proceedings. However, in case of an oral hearing, the parties can ask for cross-examination of the witnesses of the opposite side. 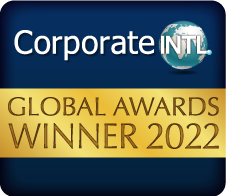 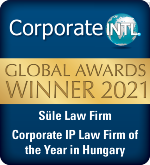